We have long known that caffeine boosts energy levels and alertness, it does this by shifting levels of certain neurotransmitters in the brain that reduce tiredness and elevate wakefulness. On a related topic, research shows that taking short naps work even better than caffeine when it comes to improving verbal memory, motor skills and learning. Keep on reading to learn about the power of Caffeinated Naps!

Caffeine – The Art of Clarity

Napping – Babies Got it Right

Good Time for a Coffee Nap 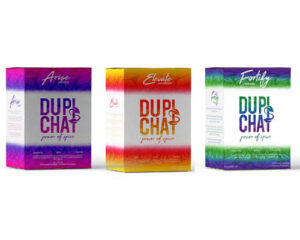 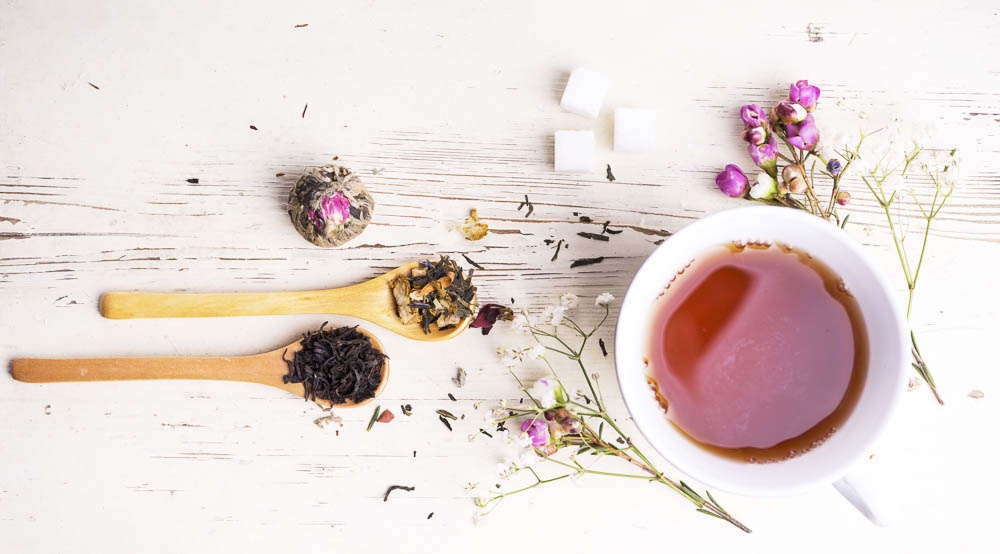 As busy bodies, we’re always on the go. Overbooked schedules stacked with appointments on top of numerous rudimentary tasks. Modern work loads require us to operate at maximum capacity, pushing harder and farther than ever before. As a result, many of us experience the “mid-day crash” where tiredness takes over making it hard to focus or even stay awake. To battle the afternoon slump, we drink caffeinated beverages (like coffee, tea or energy drinks) or take short naps. These avenues produce variety of physical and mental benefits including alertness, focus, improved memory and productivity.[1-5]

But, did you know combining naps with caffeine raises the positive effects even further? Keep on reading as we share the science behind this new phenomenon.

Caffeine – The Art of Clarity

We are all familiar with caffeine and its ability to enhance our metabolic drive, cognition and physical fitness. This natural compound is found in about 60 plants. Some groups like coffee beans, tea leaves and cocoa beans (chocolate) are mainstream sources of caffeine; while yerba mate, guayana berries, guayusa and the yaupon holly are less so.[4]

What makes caffeine effective in boosting energy and alertness is that it shifts levels of certain neurotransmitters in the brain that reduce tiredness and elevate wakefulness.[3,6] Acetylcholine (ACh) is one of these neurotransmitters. ACh is a major player in muscle contraction, basic body functions, and fight-or-flight response. In the brain, ACh plays an important role in alertness, attention, learning and verbal memory.[3,7] Caffeine increases levels of ACh, which shown to dwindle during sleep.[3]

Caffeine also competes with adenosine (another neurotransmitter) for specific binding sites (receptors) of nerve (neurons) and non-nerve (glial) cells within the brain.[6] High adenosine levels make us tired and sleepy, and it is believed that one of the reasons behind why we sleep is so that the brain can clear some adenosine out. Now, caffeine does not decrease adenosine within CNS but simply prevents its affect by binding to adenosine receptors and blocking the drowsiness.[3,6,8]

Napping – Babies Got it Right

For newborns, napping is their middle name. On average, newborns irregularly nap between 10.5 to 18 hours per day. As children grow and develop, their sleep cycles stabilize and overall resting times reduce. However, naps continue to play a major role in child’s mental and physical states. Toddlers that miss naps experience anxiety, act cranky, frustrated and have harder times learning. This can also be a risk factor for behavioural issues down the line such as ADHD.[9] On the contrary, regular napping among children (along with night sleep) improves memory, learning and focus.[14]

For many adults, lack of time and beyond 9-to-5 schedule makes it difficult to slow down and take a nap. This is why so many of us look for ways like caffeine to beat the afternoon crash and reinforce dwindling energy levels. The ones that do find the time and indulge in the afternoon snoozer describe similar benefits shown in young children. Research shows that short naps work better than caffeine when it comes to improving verbal memory, motor skills and learning.[3]

If you’re thinking about ways of increasing energy, vigor, clarity and performance, then power napping may be just the thing.

And, whether you work long, extended hours [12], nights or shift work [13], napping reduces fatigue while boosting vigilance, awareness and performance.

Drinking tea or coffee improves our cognition and energy. Taking a short nap improves learning, strengthens memory and raises performance. So, combining the two practices would produce even more benefits?

Scientists concur, suspecting that sleep helps the brain to clear out accumulated adenosine levels, leaving more of its receptors available for caffeine binding that leads to increased energy, cognition and productivity.[3,6]

If you think that caffeine excites the body and prevents sleep, that is correct. But, keep in mind that it takes time (average 20 – 30 minutes) for the body to absorb caffeine, shuttle it via blood stream, cross the blood-brain barrier (BBB) and enter the brain.[15] Caffeine can also stay in our system for up to 5 hours.[16] All of such estimated times depend on personal sensitivity to caffeine, body weight and whether caffeine is taken straight (caffeine pill), or in combination with other things (added milk and sugar). 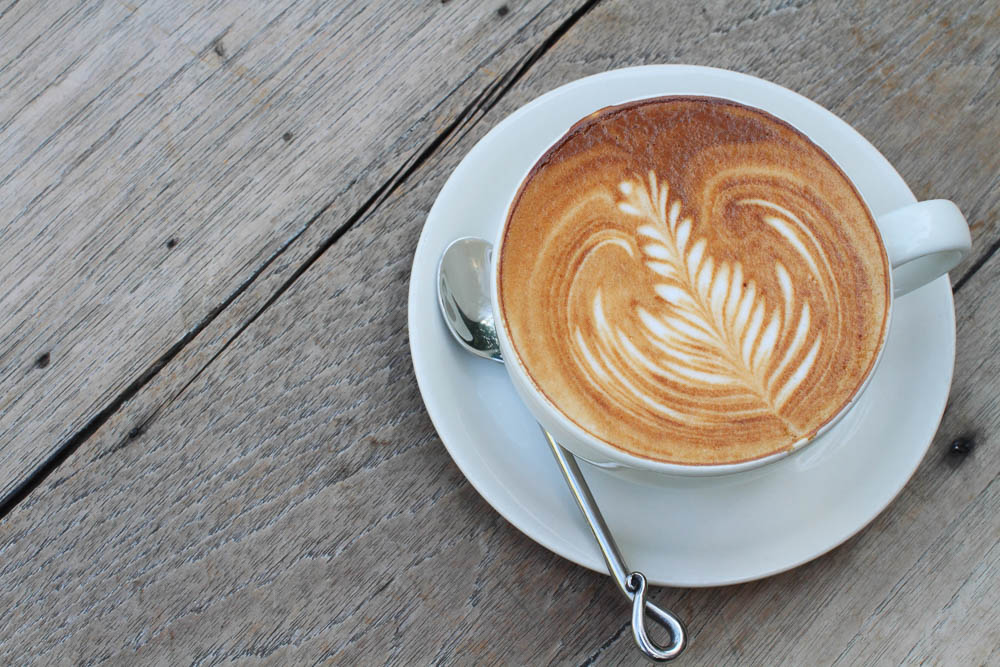 Good Time for a Coffee Nap

There are many studies about caffeine intake, its benefits and side-effects alike (disturbing the natural sleep-wake cycle) that suggest stopping consumption 6 hours before bedtime.[17] However, we need to be mindful when reviewing such literature. Many of these studies are small (10 to 15 people) in size with very high caffeine intakes (400 mg dose equating to roughly 4 cups of black coffee).[17] In retrospect, most of us will be “wired” after drinking 4 cups of black coffee or, even 2 cups of 200 mg caffeine used for majority research dose in one sitting.

Our suggestion is personal experimentation, and the correct type of caffeine product that works for your needs, body type, and schedule. Keep in mind that even small doses such as 25 mg of caffeine (something you find in the green tea) shown improvements in reaction time, attention, memory as well as physical fitness.[15,16] This is still a developing research area, so science is constantly evolving.

If you’re looking to spark up alertness and productivity in the second half of the day, caffeinated napping has strong potential. But, why just stop at energy and cognition?

Our daily lives are filled with constant stressful decisions and situations. All these circumstances along with thousands of billions of biochemical reactions that occur in our body produce numerous products, fuels and vital components, along with waste and byproducts. Many of these byproducts are unstable molecules called free radicals that cause damage known as oxidation.[18] High levels of free radicals damage healthy tissues and genetic materials that leads to chronic inflammation. Oxidative stress and inflammation weaken immunity, and negatively impact body systems, organs and cellular function.[19-21]

To combat inflammation and damage causing oxidation, the body needs chemical fighters which counter free radical mayhem. These compounds are antioxidants which are readily found in numerous foods with highest concentrations found in spices and herbs. At DUPIsCHAI we merge the knowledge of ancient medicines with modern science to create blends using spices — the most powerful superfoods on earth.[19-21] Hence, adding spice based teas like DUPIsCHAI produces even greater benefits of health and wellness along with caffeinated naps.

Caffeine is a naturally occurring compound in many plants, and found in numerous popular products like dark chocolate, coffee and tea (black and green). It’s quickly absorbed into blood stream and readily enters the brain, increasing effects of wakefulness and energy.

To reap the rewards while avoiding drawbacks such as sleep disturbances, experimentation is key. If functionality as well as taste is important to you, give DUPIsCHAI a try. With three unique spiced based blends, caffeine is served with loads of other active phytonutrients, many of which are powerful antioxidants. This way, you are not only reaping the benefits of caffeinated naps, but reduce inflammation, fight oxidative stress and restore body functions at the same time. [19-21]

Now, lets have a cup. Shop our Best Seller – The Wellness Gift.