The Ultimate Alternative To Coffee—Chai

Coffee is described as a vigorously aromatic beverage that is both complex and flavourful. It contains caffeine for energy and many other beneficial compounds. [1] However, there is such a thing as too much of a good thing.

Many habitual coffee drinkers could be facing side effects like caffeine headaches, difficulty falling asleep, frequent bathroom trips (due to diuretic effect), and feeling irritated or anxious. [2-4]

As a result, more and more people are looking for alternatives to coffee in order to limit and even quit consumption altogether. 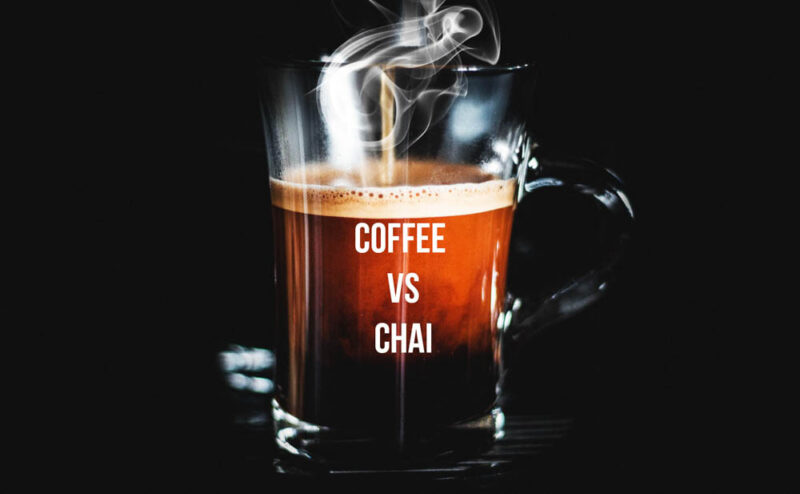 In this article, we’ll share evidence backed facts for choosing chai over coffee as your next habitual drink. And, if you are still not tempted we offer a bonus compromise!

Caffeine is a stimulant hence, coffee packs a stronger punch that jump starts our nervous system. While this may be an effective morning wake up drink, the downside of such energy surge is a typical crash that follows. [5]

Caffeine in Chai Tea has a slower time release when it comes to energy spikes thanks to L-theanine and tannins. [6,7]

Tannins are a class of polyphenols that can bind to organic compounds producing darker colours and dry-bitter taste in teas. [10] They are strong antioxidants that help fight inflammation, metabolic disorders, cancers, speed up recovery and protect against harmful bacteria and microbes. [6,11]

Spices such as cinnamon, ginger, black pepper, cayenne, cloves, nutmeg, coriander seed, star anise, along with adaptogens like tulsi have all been extensively used to improve energy, immune response and metabolism. [19-21] 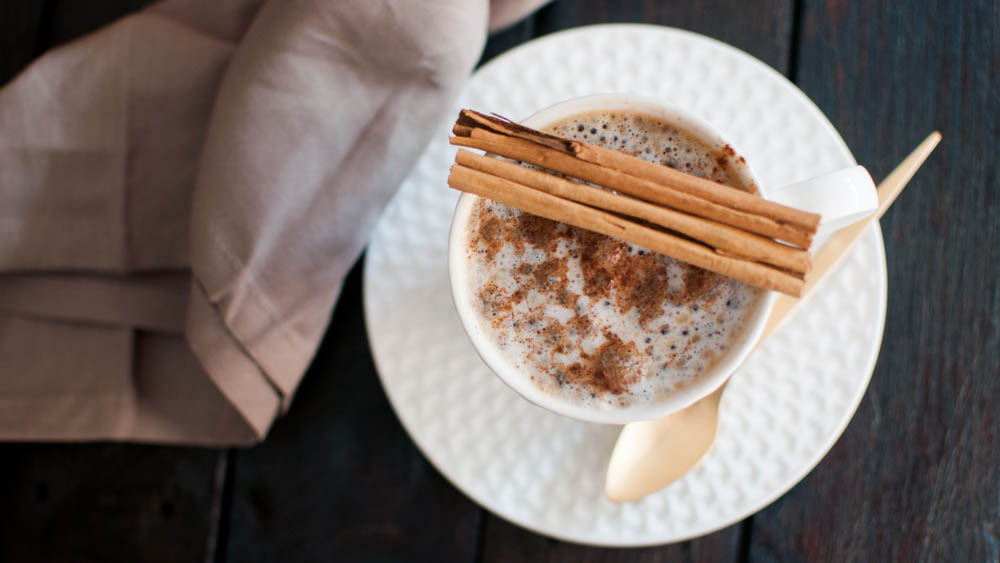 Caffeine in coffee is quickly absorbed from small intestine and distributed through the body within 45 minutes. [8,9] Chai has about half the caffeine of coffee along with its more gradual release effect.

Lower caffeine levels in chai are further countered with active compounds such as tannins [6,10] and L-theanine. [7] L-theanine is an amino acid which doubles as an antioxidant capable of modifying caffeine’s absorption rate, while promoting focus and calm. [7,8]

Chai spices like black pepper, coriander, turmeric, and ginger shown to further interact with caffeine in a more positive and less jolty manner.

Plain and readily sold black or green tea is high in tannins that can have a bitter taste. This bitterness followed by strong astringency can be off-putting to a coffee drinker’s palate.

Spices in chai balance out the tea bitterness in a variety of ways:

Although Chai and Coffee taste vastly different, it is the subtle overlapping familiar flavours like cinnamon, nutmeg and star anise that make it both exotic yet familiar. In fact, in-house testing found 9 out of 10 coffee drinkers prefer our Chai to plain black or green tea.

Antioxidants are type of polyphenols found in all plants. They protect cells and their components from damage caused by unstable free radical molecules. [12] These organic molecules fight oxidation within 30 trillion body cells protecting us against many types of inflammatory causing diseases, including cancer. [11-14]

We consume between 1-2 grams of antioxidants daily that primarily come from drinks like coffee and tea. [15] In the West, about 79% of dietary antioxidants come from beverages. [16]

But, we’re talking about Chai, meaning tea plus spices. And spices are the most potent sources of antioxidants on the planet. [12,18]

Cloves topple ORAC value of 290,283 bolstering wide range of antioxidants like eugenol, vitamins A, C, E and a whole gamut of minerals. Cinnamon’s sweet fragrance comes with 131,420 ORAC value loaded with polyphenols like quercetin, gnaphalium, cinnamtannin B1 and cinnamaldehyde to name a few. Turmeric with its mighty curcumin as main ingredient comes with many more phytonutrients amounting to a 127,068 ORAC number. And, nutmeg’s 69,640 phytonutrient activity includes myristicin—its main ingredient. [12,18]

Together, polyphenols within these spices produce a multitude of health benefits that fight inflammation, boost immunity, combat disease, tumours and various metabolic disorders. [12]

At Dupi’s Chai, our blends contain more spices than tea designed to focus on hundreds of phytonutrients within each ingredient that protect our organs and systems, enhance performance while combating oxidative stress and inflammation. [19-21]

Related Article: 5 Reasons to Swap Your Coffee For Chai

Coffee Vs. Chai | The Verdict

When it comes to choice, coffee has its benefits like energy boost and polyphenol content. Coffee beans are fragrant and can be prepared many ways that extrapolate complex flavours. However, drinking numerous cups of coffee each day for years will start to produce some adverse effects.

Enter Chai—exciting, flavourful and healthy addition to any diet with a variety of teas and spice parings. Chai offers sustainable energy along with wide range of health benefits. No jittery caffeine spikes or irritating state; just lots of polyphenol driven flavours that double in body’s long term wellbeing.

At Dupi’s Chai, we believe enjoyment in moderation is the way to optimum health. Our philosophy is inspired by traditional roots of maximizing plant-based ingredients to elevate body’s energy and function, while creating a tasting cup of chai.

And, if you are still on the fence, we propose a Dirty Chai.

So, go ahead and De-stress with our Functional Spiced Teas—they are a Game Changer! 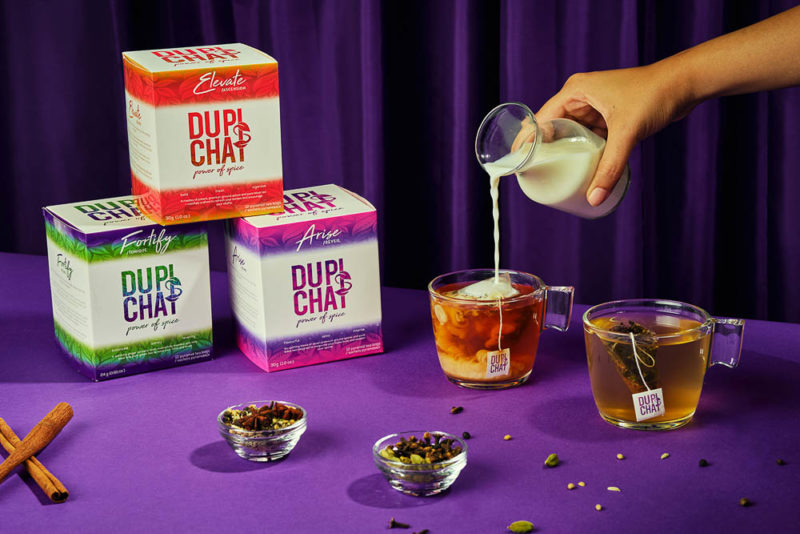 You're Awesome - Thanks for Sharing!