Dupi and Victor come from different continents yet, connected in the midst of a moment (over a cup of hot beverage and a story about a yogi)…almost 2 decades ago.

Love Story for another time 🙂 but, you can learn more about us and our philosophy below. 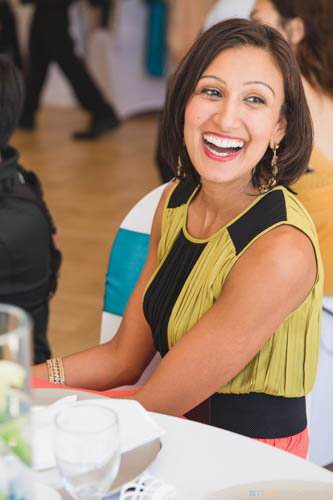 Lover of Moments, especially over a cup of Chai.

Chai is more than just a tasty warm drink, where combination of tea and various spices blend beautifully in a liquid medium of milk and water.  For me, chai is a big part of who I am.  Growing up in northern province of Punjab, India, every person, young and old enjoyed a cup of “cha” several times a day.  Our small town where I grew up was surrounded by broad farming communities, each one specializing in their own fruits, vegetables and spices.

I don’t remember ever not drinking chai, as it is a staple of almost every Indian household.  One of my core childhood memories is when I was around 7 years old.  It was a cold winter morning in Punjab, India during one of the visits to my grandparents house in the village.  It was still early and fairly dark when I woke up and headed to the open outdoor kitchen to warm-up by the open clay style stove.  My Aunt was already up making tea in a large metal pot.  She told me to pull up a stool closer to the stove and offered me a Kadak (strong), extensively boiled blend of tea and seasonal spices.  I picked up a glass (Chai in India is served in glasses, rather then cups) and passed it to my aunt, who poured me a golden brown beverage that she had just prepared.  I remember holding this small glass, warming up my hands, and smelling the wonderful aroma steaming out of it.  Cool breathe of the early morning was gently mixing with the warmth and crackling stove’s firewood, creating this state of calmness and tranquility that filled the entire outdoor kitchen.  It was quiet and all was calm with some subtle background noise coming here and there.  I looked at my glass.  Softly, I blew on my hot beverage while slowly sipping my Auntie’s chai, processing the subtleties of spice notes playing along with the distinct black tea flavour inside a rich, smooth milky substance.  As I enjoyed my tasty beverage, my Uncles would come inside the kitchen, one by one, filling up a glass, saying, “good morning” and enjoying their morning ritual in the same calm manner, before heading out to the farms.

Growing up in India, I was privileged to sample many types of chai.  Every neighbour, house, family, street vendor (chai-wallas) and restaurant had numerous recipes, many of them being passed on from generation to generation.  Some chai recipes were seasonal, based on availability of masala spices.  Others were used as healing remedies against mild illnesses, or internal discomforts.  While some would specifically focus on fertility and childbearing—I samples those when my husband and I were expanding our family.

My family immigrated to the west coast of Canada in my pre-teens.  Vancouver was the destination which had great diversity and traditions.  Many cultures including South Asian would often display their kitchen masteries through restaurant foods and drinks or local community events.  Being a great chai enthusiast, I was exposed to versions from various parts of the world, each one having their own unique blend of spices and preparations.

As years went on, life itself progressively accelerated and became busier.  With each time period, I had more things to do and to be concerned about.  I went through the same common stages, completing school then university, started working full-time, got married and had a family.  With each year, my health slowly began to take subtle steps backwards.  The seasonal allergies were lasting longer with more intense episodes, congestion, drowsiness and runny nose — eventually transitioning into sinusitis.  Victor (my husband) also began to develop some sensitivities and allergies.  After a few trips to the emergency room and finally a medical diagnosis of sinusitis, I was faced with surgery as a solution.  Going under the knife was a nerve-racking dilemma but the procedure was not guaranteed to be a permanent solution.

Here, was another one of my core memories as I spent time, thinking and analyzing my life, my actions and direction that my health has taken.  Being in my early 30s at the time, I believed that my wellbeing should be at optimal levels.   Working full-time, lack of proper rest due to having a young family and common daily life stresses had all contributed to my deteriorating health.  This was a growing problem, and I didn’t just want to contain it; I wanted to resolve it.

As the child, I listened to stories elders often told of a magical drink that cured illnesses and brought energy to people.  Many of such folklore derived from Ayurvedic and holistic medicine widely used in ancient India and China.  Elixirs were prepared by using various spice combinations to treat and heal many mild alignments.  I began to research more spices and noticed time and time again that the science indeed supported many old wives tales.  Living in Vancouver gave me access to different ingredients including tea and spices from all over the world.  All I had to do, was act.

Our Chai—simple and effective Solution

As a habitual Indian-style Chai drinker, I took on experimenting with various spice combinations including ginger, cardamom and cloves.  With several working masala chai recipes, I noticed increased relief from my overdeveloping allergies.  Health properties of each spice used was researched and tested.  Each spice carried number of benefits including anti-inflammatory properties while improving internal digestion, metabolic pathways and stamina.  As in the ancient days, this chai had a purpose–to heal.  By drinking chai on regular basis, several spice mixtures began to emerge as favourites containing health properties as well as flavour.  Within the first year of my chai diet, the seasonal flu and allergies had substantially decreased, and almost disappeared come the following spring.  I also got Victor to begin drinking chai.  Diehard coffee drinker like Victor was hesitant at first to try a milky tea with spices.  Seeing a decline in my seasonal allergies and flu period was a clear incentive for Victor to try and adapt this developing remedy.

After four years of ongoing research, development and application, the optimal masala combinations has been finalized.

My first recipe contains all of the health benefits plus ingredients to help you start your day.  We called it Arise.  Arise contains a number of whole spices, some of them used as far as 9000 years ago in India during Ayurvedic period.  To compliment the masala blend, the tea is complex, full-bodies artisan style.  It is best enjoyed if steeped or boiled while adding some milk (or milk substitutes) and desired sweeter to taste.

This mixture of masala spices and full body black tea is carefully balanced to produce optimal taste even for most discerning of palates while maximizing the health properties.  To accomplish such an important task, the tea bag selection was a long and difficult process.  But, in the end an artisan style sachet was selected producing full flavour and nutrient exchange with hot water while keeping your cup debris-free.

Our Moment—finding calmness in the busy

Modern life is full of new leaps in technology creating a relentless march towards progress.  We live in a society that is busier than ever, connected to the world with only few key strokes from our trusted smartphones.  This fast pace is demanding on our schedules and our bodies.  I particularly experienced this when my children were little, as the stress from daily tasks, and anxiety of the unknown kept getting bigger and bigger.  What I needed was a break, several times per day, to slow down my daily physical and mental bullet train to a single thought or action.  I wanted to re-create a moment many years ago in northern India, of me drinking chai inside an open kitchen by a crackling fire stove.  This was one of my moments.  Sounds simple but it’s actually harder than you may think.

Having a cup of hot chai is a perfect segue into such personal time-lapse.  Naturally tea is a social drink.  British have implemented tea times as standardized breaks within commonwealth subculture.  You can drink tea with a group of people, discussing daily events, shopping or weekend plans.  Or, you can also drink this brewed concoction alone, reflecting on the day and trying to find your centre.  This is where complexity of Arise spice blend and robust black tea really comes to life.  Focusing on multitude of flavouring layers, you’ll begin to identify and separate them with each sip.

Like any hot beverage, consuming Arise chai is a steady process creating such opportunity for a personal moment.  And with each Arise Chai day, you begin to look forward to that “me time”, learning how to leave your thoughts, daily stresses and the busyness of life at bay; even if it’s only for a few minutes.

Be sure to connect with us on Social Media.

Subscribe to our newsletter to get insider tips on all things health and wellness and Dupi’s Chai.