Can Stevia Break Your Fast and Stop Weight-Loss?

For many, intermittent fasting while skipping breakfast is doable but drinking black coffee or tea becomes more difficult. Morning coffee or tea is a big part of our daily routine, and it’s just not the same without sugar.

Enter the ever-popular topic of zero-calorie sweeteners. With numerous options available, stevia appears as the front runner of choice. The reasons span from natural background, sweetness strength, to zero-calorie product.

But, the question many intermittent fasting practitioners ask is, how can something so sweet contain no calories and avoid glucose metabolism?

And, most importantly, will adding stevia to morning coffee or tea break my fast?

Answers to these question and details on how to choose the right zero-calorie stevia are discussed below. 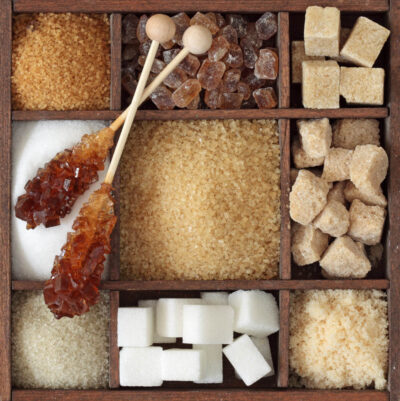 Why Do We Fast?

Before we get into Stevia and all its ongoing research, let’s recap why many of us take on Intermittent Fasting.

IF has many benefits which can be grouped into 3 categories:

Learn more: Keep the Muscle and Burn the Fat with Fasting Protocols

The key to gut health is gut rest. During absence of food, digestive system initiates many restorative and self-cleansing processes, improving its functionality and wellbeing. The gut also hosts the largest diversity of microbiota which benefit from no-eating periods.

IF allows the body to restore compounds, repair cells and reduce inflammation. This includes a recycling program, where many old or malfunctioning pieces are replaced or repurposed—autophagy.

Stevia is a zero-calorie, natural sweetener and is derived from leaves of stevia rebaudiana bertoni plant native to Brazil and Paraguay.

The plant contains compounds called glycosides made of the base compound (steviol) with several glucose molecules attached in various ways (or conformations). This makes steviol glycosides 250-300 times sweeter than sugar. [1]

Glycosides are natural plant molecules that carry out many important functions including reducing inflammation and oxidative stress. [2]

Steviol glycosides taste sweet without adding any calories. They are different from other sugars or sweeteners as they pass through small intestine and digested by gut bacteria (Bacteriodes) into metabolites (steviol). [1] These metabolites are excreted as feces, or absorbed into the blood stream and later excreted in urine (as steviol glucuronide). [1]

Side note: a calorie is simply a way to measure energy release. Our cells use glucose or fatty acids to make energy. These energy amounts are calculated in calories.

Because natural stevia is not utilized by our energy system directly, it is referred to as a zero-calorie sweetener.

Will Stevia Break Your Fast?

Many websites state that stevia will not break a fast. But, the same platforms who discuss such information do not explain why this is the case (especially when stevia glycosides do have glucose molecules attached to them).

So, at Dupi’s Chai we searched a little further for an explanation.

The research on stevia as a zero-calorie sweetener is mixed, as the answer is a bit more complicated; but the consensus is that stevia will not break your fast.

This is how Stevia is Processed in the Body

Carbohydrates are broken down into basic sugars (glucose) and absorbed inside the gut lumen of a small intestine. Using ion channels (like Na+ / K+ pump) and transports ( Na+ / glucose and GLUT2) glucose is moved from small intestine into the bloodstream. [7]

Stevia glycosides contain glucose molecules but are not broken down (hydrolyzed) in the small intestine, and instead moved intact into large intestine or colon.

Steviol itself does not create insulin response, hence maintains the fasting state (even when some steviol is absorbed into the blood stream and eventually excreted).

A lot of stevia research revolves around diabetes, cardiovascular and blood sugar regulations. [4,5] So, we looked at parts of information within the studies and compared them to the requirements of our fasting goals.

The normal fasting blood glucose for people is between 3.9 to 7.2 mmol/L, with average of 5.5 mmol/L (or a teaspoon of sugar within 5 Litres of blood volume). [6]

Stevia produces insulin response when the blood glucose is fairly high (above 8.3 mmol/L) and lowers it. [1,5] During usual fasting blood glucose level (below 5.6 mmol/L [6]), stevia does not invoke insulin release, and maintains the fasting state.

This means that a large meal filled with carbs will raise our blood sugar levels higher than normal. And, eating stevia will actually help in lowering elevated blood glucose through faster insulin response.

But when we fast, our blood glucose levels are already low and steady, so eating stevia doesn’t invoke insulin.

This is why stevia is a promising diabetes research topic, showing better insulin response and movement of glucose from blood into cells. [1-5]

Consideration: Not all Stevia Products are Created equal

With stevia as a sweetener, very little goes a long way. Many commercially available products refine stevia extracts collecting most common glycosides like rebaudioside A (Reb-A).

Reb-A can be up to 300 times sweeter than sugar, depending on refinement and purity. [8] Because so little Reb-A is actually needed to sweeten foods, companies add other sugars/starches and sugar alcohols to bulk-up their products.

This can change the insulin response, and is the case for both powder and liquid stevia products.

For instance, Truvia and Pure Via products are blends of erythritol and stevia leaf extract (Reb-A). The main ingredient is erythritol—a sugar alcohol which also stimulates sweet taste receptors.

With only 0.2 kcals per gram erythritol would not break the fast but, it does stimulate gut hormones (GLP-1 and CCK), activates digestive process, and is partially fermented by gut bacteria. [9-10] Also, eating too much erythritol (over 1 gram/kg of body-weight) leads to gastrointestinal (GI) discomfort. [9]

Another product, Stevia in the Raw, contains dextrose (packets) or maltodextrin (bakers bag) along with stevia extract (Reb-A). Dextrose is a type of glucose (sugar) which is absorbed in your gut creating an insulin response. [11] Maltodextrin (a starch) made up of dextrose molecules (D-glucose) arranged in a sugar-chain that digests and absorbs easily producing an insulin spike. [12] Both are popular with body builders and athletes as post workout energy supply for recovery. Many other brands also contain natural flavours. [11-12]

There are some reports of non-nutritive sweeteners like stevia that could disrupt good gut bacteria, and may lead to metabolic issues. [13]

Extent your fast, stay hydrated and meet your micronutrient profile with our IF-friendly and healthy Spiced Teas. 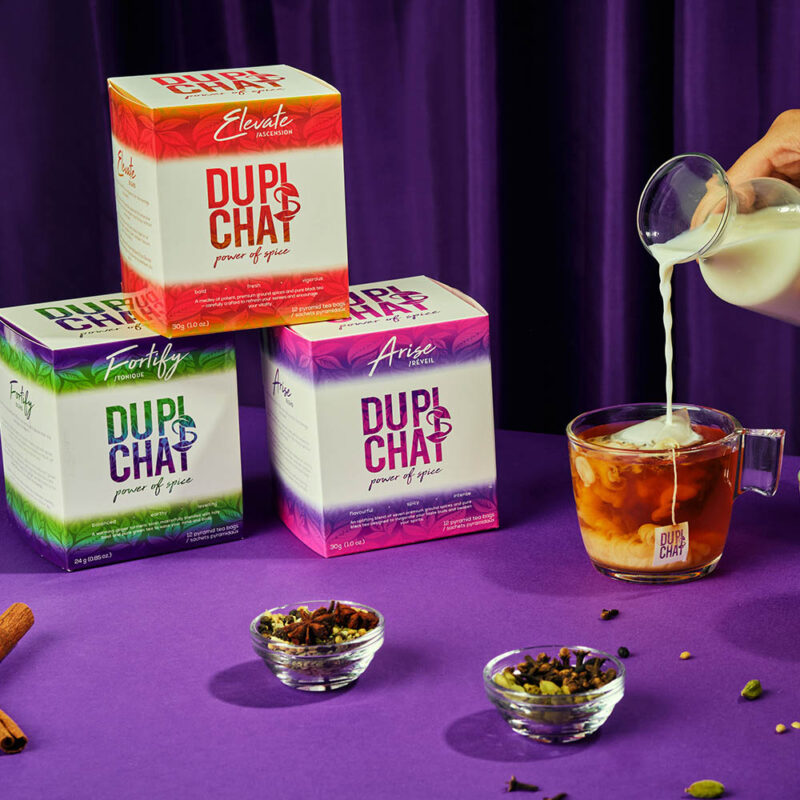 Fasting can be challenging especially when craving something sweet. That’s why many gravitate towards natural and artificial sweeteners. Stevia is a natural non-nutritive sweetener that has shown to be 300 times sweeter than sugar. Purified products made with Reb-A have been approved by many governmental food agencies and are considered safe.

The research on stevia is young and rapidly developing, showing that adding a pinch of such sweetener to your tea or coffee during fasting will not release insulin, activate the gut or stop autophagy.

But, we must be smart consumers and review ingredients in stevia products, as other fillers may cause an insulin response, gut activation and braking the fast.

At Dupi’s Chai, we specialize in IF-friendly Spiced Teas. Naturally flavoured and sweet from spices and herbs so, there is no fear of insulin spike and breaking your fast with sweeteners or added flavours. 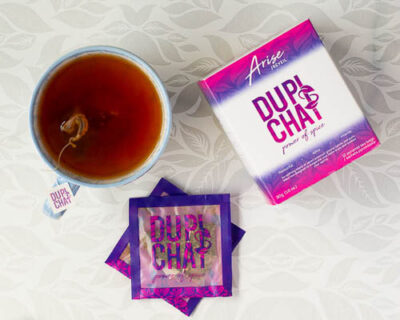 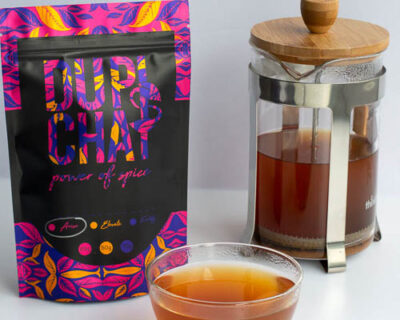